Tourism in Ireland: the actual facts, tourism campaign, and attention to the west

The growth of visitors to the Republic of Ireland (ROI) has been a phenomenon since 2000 as an impact of Celtic Tiger period. This period opened all the access to what we call globalization which boosts the economy and the society in the Republic. Moreover, this means the Irish people have unlocked the door to receive people inside their home.

The statistics issued by The Central Statistics Office (An Phríomh-Oifig Staidrimh) display a positive trend concerning the number of tourists visiting the ROI from 2000-2016. The visitors come from various countries with The United States, Germany, and France as the top three countries to “supply” them. The success in captivating people to visit is the core of a tourism campaign which persists since the independence. The ROI brings its pure identity as a charm which should be preserved and differs from other countries. The variety of the campaigns is unique each year and the government does not neglect the modernity. Although, they always strive to promote the inner beauty of the ROI and its society, so they exploit the value of media. The evolution of campaigns indeed follows the change of media, from printed advertisement to Instagram, from black and white TV publicity to YouTube video.

Number of tourists to the Republic of Ireland

From the official statistic data, the Republic has an increasing tourists trend until 2008. It reached eight million visitors in 2007 before slumped to six million in 2010. The European crisis that happened in 2007-2010 had indeed caused the decrease of this number. The crisis hits almost all aspects including the number of airplane passengers, the number of occupied hotel rooms, and the overall price in tourism sites. In order to survive, the owner of an hotel or a travel company needs to elevate the cost. At the same time, the purchasing power was hampered not only in Europe but also in America. As a matter of fact, these two continents have always been the principal areas where the incoming tourists come from. After the crisis until the present day, the Republic faces a new era. The government and the private sectors have worked together in order to achieve nearly ten million tourists in 2010. The increment is just surprising and fast. If we look the period before the crisis, there was indeed a favorable tendency as the Republic was enjoying its fabulous Celtic Tiger era. But what has happened after the crisis is unprecedented. The most remarkable rise occurred between 2014 to 2015 which is 13 %.

When we talk about campaigning, the goal is to persuade and captivate the public to do something by promoting all advantages in the end. So do the tourism campaign, the basic aim is to show the best attraction of the region so that the visitors will come and hopefully will enjoy it. As a matter of fact, the tourism campaign has been so intense all over the world, with each nation’s attempt to introduce its identity and bring the people in. People do not stay inside the country as a domestic tourist but they tend to explore the other side of the world. It is not just the information that traverses the globe but the people as the actor is moving without hesitation. Globalisation affects the country who participates in it, the country who opens its border. Ireland, as a dynamic actor, is contented to welcome the world. Effort and perseverance are always awarded. Given the number of coming travelers, there is something particular about the tourism campaign of Ireland that grant it a boom.

The campaign worked pretty well in persuading the people to visit, the government of Ireland accentuates the beauty of the coast and sell the real Irishness experience. Each year, the advertisement has a unique theme which sometimes relates to the current events. 2017 marks the brightest year ever in tourism history of the republic. That year the famous Games of Throne film created their publication in collaboration with Ireland tourism. As a matter of fact, this collaboration has begun in 2015. This indicates a favorable relation between tourism campaign and the media.

Most visited places inside the Republic

When we talk about the destinations, the Republic of Ireland has three main popular areas: Ireland’s Ancient East, Dublin as the capital, and Wild Atlantic Way. These three areas are so attractive and rich in both nature and culture. The east of Ireland is the area where the ancient castles, monuments, architectural spots are located. The cities like Kilkenny and Kildare whose castles become so well-known, have been another option for holiday beside Dublin. 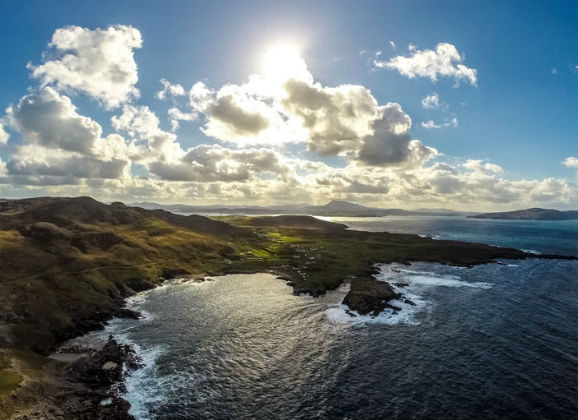 The Central Statistic Office noted that these castles have captivated the attention of the tourists from year to year, in 2016 nearly 390.000 visitors were recorded. This indicates 40% rise from 2015 (280.000 visitors). Dublin itself, as the biggest city in the republic, is the heart of the country and it remains as the first door to Ireland as the international flight from the USA and mainland Europe arrive there. Moreover, Dublin always dominates amongst the other cities in the Republic of Ireland. Last but not least, the West Coast region, which actually becomes the priority of tourism and also the top-selling destination. As a matter of fact, tourism campaign through Wild Atlantic Way advertisement is very intense these years. The most visited location in this region is Cliffs of Moher, the photos provided by the official site, tourist agency, and advertisement are too hard to resist.

As a conclusion, the Republic of Ireland has been successful in boosting the tourism and they know how to deal with the promotion. Ireland provides a wonderful history and a sense of globalisation. Other remarks which need to be noted, there are two main goals why Ireland keeps promoting its Atlantic coast. First to reinforce the economic, as we know that the west part is less prosper than the east part of Ireland. Secondly, to presents the real Ireland which is the Gaeltacht, areas in the west where Irish is the most actively spoken language.