The bird serves as an unexpected point of intersection between the Anglo-Norman lays of Marie de France, and the Welsh llatai of Dafydd ap Gwylim. It is a recurring motif that represents the crystallization of love and language and becomes an avatar of the poet himself within the confines of his poem. This is a summary of a 20 pages study.

The expression and examination of love is one of the fundamental aspects of human life and, by extension, literature. It is both the object and the motor of many literary innovations and experiments, as we are always striving to better say something that is perhaps as universal as it is ineffable, and also to say something that has not already been said before. Marie de France strikes this difficult balance very well with her subtle, delicate narrative studies of the feeling. Dafydd ap Gwilym, on the Welsh side of things, takes a somewhat opposite stance with heavily ornamented poetry and complex phonological patterns. Despite these material stylistic differences between them, there is a point at which their works intersect, in a simple literary motif. Both in the Breton Lays of Marie de France and some of Dafydd ap Gwilym’s poems, a bird is sent to deliver a message of love to the object of that love. This is the motif of the “bird as a love-messenger”. The use of this specific motif in both lays and llatai serves as an intersecting point at many levels of the texts, which ultimately illustrates a deep understanding of the link between love and language.

“Llatai” is a word that means “love messenger” and designates both the primary object of a certain genre of poems, and by transfer the genre itself. The word itself comes from the word “llad”, meaning gift, with an archaic -(h)ai ending, and the general definition as given by Rachel Bromwich is thus: “A poet sends in imagination some bird or creature with a message to his sweetheart”. To this end he directly addresses the messenger and sings its praise. The llatai’s structure is as follows, with minor variations: there is an initial greeting, then a full description of the messenger that allows the poet to show his mastery of “dyfalu”, the art of riddle-making. This is a technique which a welsh bard must master in order to gain recognition, and that consists in producing elaborate and lengthy comparisons, rife with extravagant images, to describe an animal, object or person, often without naming it directly. The mention of the beloved is rather brief, as the poem focuses instead on the messenger. In “Yr Wylan” and “Yr Ehedydd”, the object of the poet’s love is not named at all. These poems are almost entirely lyrical, devoted to the expression of an emotion equally deep and diffuse, and Dafydd ap Gwilym appears in his works to be a deeply sensitive person, fascinated by beauty and nature. It seems that he was in love with love itself, and this fascination with the emotion is reflected in the llatai. He revels both in the joy of being in love and the delight of expressing it through complex structures, such as cynghanedd, the phonological intertwining caracteristic of welsh poetry. The way he describes the messengers he chooses is tender, almost like a man speaking directly to his beloved. In “Yr Wylan”, he says for example “Lawlaw â mi, lili môr”, which means “(you go) hand in hand with me, lily of the sea”. So these llatai are messengers of love in every sense: on the surface, an address to a beloved person and at a deeper level, a “cywydd” or praise of love itself.

we find here a powerful message: that love is birthed by language

Lay and llatai share a certain fascination for the figure of the bird, although the species vary. Dafydd Ap Gwilym invokes for example the Seagull, the Skylark and the Thrush, and it is possible that this is the result of French influence. The song of birds carries an invitation to love ; it is a vector of desire by transitive property. Since it is associated with spring, the season in which literary tradition sets the birth of love since Ovid, the bird itself becomes associated to this process. In the Lai du Laüstic we are presented with two human characters, a knight and a married woman, who are deeply in love with each other. Seven verses are enough to make a rough sketch of how their love begins, and most of the lay then focuses on the manner in which they carry out their affair. This is where the nightingale comes in: he provides them with a cover story to hide themselves from the woman’s jealous husband. The song of the nightingale and the love she has for the knight are directly related. But the two heroes are unnamed, their story ending not where it should, indeed, where it often does in the other lays, with either death or a happy resolution, but instead with the death of the non-character bird. One may then conclude that the main character is the bird in its allegorical dimension, that is to say love itself, born and nurtured in Spring, killed by a jealous husband and its memory carried forever by the ones who felt it.

In the Breton lay Milon the titular knight Milon falls in love with a woman who is married to someone else. In order to communicate, he sends her his favourite bird, a noble swan. But instead of charging it with a message to transmit by song, he takes the process much more literally and hides a letter in the bird’s plumage. She receives it and promptly sends it back with a reply of little importance. The swan goes thusly back and forth between the two for twenty years, and little more is said of it. It is therefore a messenger and a guardian of love in the most prosaic sense.

The nightingale in “Laüstic” and the swan in “Milon” are, for all their qualities, normal birds that belong firmly in our prosaic world. It is not so of another bird figure, which appears in “Yonec” and synthesizes into one being both the poet-lover and the love-messenger. This is of course Muldumarrec, Yonec’s father. Muldumarrec himself is an odd figure, linked to both language and magic. Though he is not the only character touched by magic in the whole corpus, he is the only one to have both a name and a measure of control over magic and transformation. His name must therefore be of importance, but it retains its mystery in regards to onomastic examination. There are really only two hypotheses: the first one is that Marie built a name so that it would sound Breton to her audience, which would not have been entirely Breton and therefore would have relied on stereotypical sounds to authenticate the character. “Muldumarrec” would be then simply a sort of Celtic “Dupondt”. Secondly, the mule may be considered in essence a hybrid animal. If we are indeed meant to read for Muldumarrec “Knight of the Black Mule”, it could be an onomastic echo to his fey nature that makes him a birdman hybrid.

If the first part of his name is gibberish, the whole becomes an indicator of the character’s two main qualities: the mystery that surrounds him, and the nobility of his nature. And if we accept that he synthesizes into one figure the poet-lover and love-messenger, we find here a powerful message: that love is birthed by language, that the unknown elements surrounding this birth do it no disservice, furthermore that they are not to be feared, and that their consequences cannot be dismissed because of them. 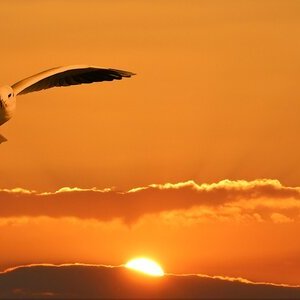