Even before the Great famine, Irish families were increasingly poor. Many peasants were forced to move all over Ireland or had to emigrate to other countries. The massive emigration was to the United States and to Canada.

The first Irish who emigrated in North America were protestant, they fled their country to escape the Catholics repression, against protestants, a new religious reform. The other part of the Irish emigration in the United States was until the 19th century, with a majority of Catholics. Many reasons explained the Irish exile, some people left because of economic problems as farmers or because of the British domination on Ireland. Nevertheless, between 1820 and 1920, 3 millions of Irish people went to North America to build a new life.

In Canada, the Irish impact was huge also. In fact, Tadg Cornelius O’Brennan was one example of the immigration in the 17th century, he was one of the first Irish in Montreal. His real Irish name was changed to Tec Aubry, which made him the first ancestor of all people named Aubry in Quebec. Some other Irish went also to the New World and participated in the war of the Seven Years with the French and others with the British. Moreover, this Irish emigration increased in the 19th century and until 1900 the Irish community was the second most important ethno-cultural group in Montreal.

Many problems erupted when Irish communities developed themselves in North America. Their languages and their accents were different from the others. A lot of discrimination acts against them were made. A majority of protestants was already there in the 19th century and they kept all the good jobs. An important group of catholic men went to North America and became builders of channels, forests guardians or civil workers in cities. A lot of Irish communities developed themselves in Boston, New-York, Chicago and Providence. This groups had a great effect in the History of America, in fact, half of the presidents of the United States had Irish ancestors such as John F. Kennedy and Ronald Regan. Many celebrities of the 20th century also, Neil Armstrong Henry Ford, Jim Morrison, Kurt Cobain, Johnny Depp… 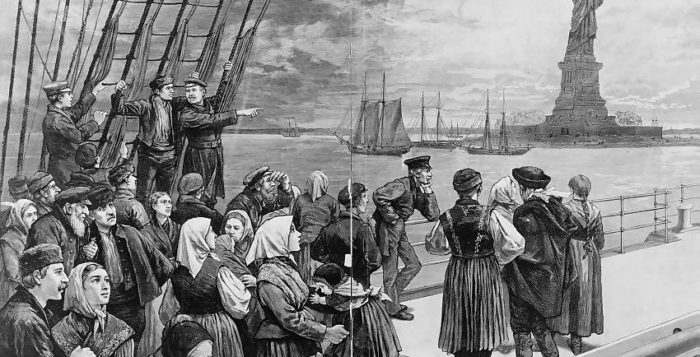